Regulation of telecommunications for LATAM

Know who and under which mechanisms States delegate via, authorization, license, concession, or contract, to private individuals the responsibility of delivering the public service of Telecommunications.

Enterprises who are dedicated to delivery services related to information and communication technologies are forced to comply with the regulatory power of several entities inside the territories in which they deliver such services. This regulatory ability reflects the fact that, the countries in the region, consider telecommunications as a public service. The consequences of such consideration imply that it is the task of the States to directly or through third parties, assume the delivery of the service with the purpose of pursuing the greater good.

That is how the State, by delegating via, authorization, license, concession, or contract, to the private individuals the responsibility of delivering the public service of Telecommunications, is obliged to monitor and control that services be provided in accordance with the criteria already defined by the regulatory authorities, and likewise, to ensure that the operator reciprocates to the State by the power of delivering such services to the public at large. 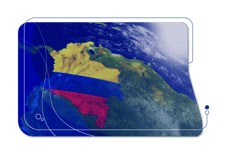 In Colombia, starting from the issuance of law 1341/2009, took place a migration from a scheme in which a particular and specific authorization given by former Ministry of Communications was required, to a scheme of general authorization. Under the former model, an authorization for the installing, operating and expanding of networks related to services was also needed. With the reform in 2009, only the entry of the operator in the TIC register is now required, including in it, the modality of the telecommunication services that the operator is able to deliver to the public. Thus, the authorization holder will be able to start its operations, and starting from there, assume the regulatory burdens imposed by law and decrees, within which the following ones can be highlighted these are the ones related to the payment done by the Telecommunications Network and Services Providers to the “Fondo único de Tecnologias de la Información y las Comunicaciones (FUTIC)” (Single Fund for Information and Communication Technology) , (which starting on 1st July 2020, was fixed in 1.9% from the gross income generated by the provision of telecommunication networks/ services), and also the payment of the “Tarifa de Contribución” (Contribution Rate) aimed to the Communications Regulation Commission, which, for 2021 tax year was set in 0.1357% from the Gross Income obtained during 2020. Other relevant obligations assumed by the PRST who are registered in the TIC record are the ones related to the regular information reports, which are aimed at providing the Commission for Regulating Communications with the proper information so it can exercise its duties. 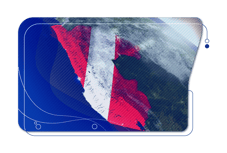 In Perú, it is the duty of the Transportation and Communications Ministry to grant the license for the provision of Telecommunications public services, being the monitoring of the execution of the contracts, the responsibility of both, such Ministry and OSIPTEL. Included in licensee´s main duties are to accomplish with the regulatory regime, stated in the Single Consolidated Text of the Conditions of Use for the Telecommunication Services and in the Service Quality Regulation, and also the legislation related to the regular relevant information reports that must be handed to such regulatory entities. Usually, the durations of the license for these services is of 20 years starting from the date of the signing of the contract, with the possibility of renewal, which, to be approved it will require the verification by the licensor of the monitoring that was performed during the time of the license, with the purpose of determining whether the obligations related to the license were accomplished by the licensee.

Starting in 2006, and in accordance with the modification of article 47 of Telecommunication law, it was introduced into Peruvian legislation the concept of single license, through which either a natural person or a corporate body may, with a single authorization certificate, deliver telecommunication public services, Carriers (Local, National and International), Fixed Telephony (Local, National and International), Mobile Teleservices (PCS, mobile telephony, trunking and Satellite Mobile) and Cable Broadcasting Distribution Service

Among the main obligations, licensees have to start delivering the service within the twelve (12) months, comply with the plans of coverage, accomplish service quality requirements, keep the continuity and timely pay taxes, levies and other obligations the license may generate.

In accordance with law 27332, operating companies should pay to OSIPTEL a contribution for regulation, which cannot exceed 1% (one percent) of the annual billing, less the IGV (General Tax on Sales) and the Municipal Promotion Tax. Likewise, the head of a license shall pay to the Transportation and Communication Ministry – MTC-, for the commercial exploitation of telecommunication services, an annual rate equivalent to half percent (0.5%) from their annually billed and perceived gross income. Likewise, former FITEL, which nowadays is called PRONATEL (entity attached to the MTC), will be responsible for collecting a Contribution for investment funds on telecommunications, equivalent to 1% from the perceived and billed annual gross income. 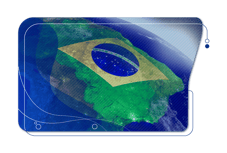 In Brazil two qualification models co-exist, concession and authorization, the first one is reserved only for telephony service delivery, while added value and multimedia services are covered under the authorization regime, this regime entails a lower regulatory burden, as well as a more moderate State intervention. The value of the Authorization of exploiting an Authorization for delivering Multimedia Communication Services (SCM) – needed authorization certificate for the delivery of information transport services – which is given to ANATEL for its issuance, is R$9.000.00.

The regulation issued by ANATEL stablishes the possibility of being exempt from requesting for the authorization for the delivery of Multimedia services (SCM), for that, the operator shall have a number of subscribers lower than five thousand users, who shall be served through access by cable or by restricted radiation communication devices “Equipamentos de Radiocomunicação de Radiação Restrita”.

It concerns to ANATEL to exercise audit, and the operator must comply with the legal and regulatory determinations applicable to it.

Among the most relevant obligations are contributing to the -Fondo de universalización de los servicios de telecomunicaciones (Fust)- Telecommunications service universalization fund and to -Fondo para el Desarrollo tecnológico de las telecomunicaciones (Funttel)- telecommunication technological development fund. The contribution for the Fust corresponds to 1% of the operational gross income, once the taxes imposed on movement of goods and services (ICMS) , PIS (Program of Social Interaction) and Cofins (contribution for the funding of welfare) are deducted, and the Funttel is calculated as a 0.5% of the gross income associated to the delivering of telecommunication services, after the exclusion of the values referred to the sales that have been cancelled, such as discounts that were granted and taxes, among which, the above mentioned ones, this is ICMS, PIS and COFIS are already considered. 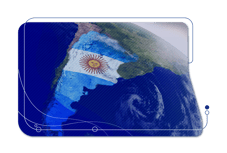 In Argentina the Communication National Entity (ENACOM) under the Chief of Cabinet of Ministers is the responsible for granting the single license for delivering information and communication technology services and for exercising control over the activity of the different licensees.

In 2017 the new Regulation of Service Licenses of Information and communications Technologies was sanctioned, through Resolution 697/2017, by which a natural person or a corporate body with just an authorization certificate, can deliver any service, be it fixed or mobile, wired or wireless, national or international, with or without its own infrastructure. This regulation stablished the principles of regulated procedures, which means that the ENACOM cannot deny the clearance of a license when the requester complies with the requirements laid down, and the Administration “silence is consent”, which states that, if after 60 day the administration has not made any observation, then it is considered that the license was granted.

Among the main licensee’s obligations are to begin delivering the service within two years, ensuring the observance of the regulations and technical specifications regarding the equipment and devices, to adopt the proper measurements for ensuring the proper functioning of their facilities and not interfering with other services, to deliver the services in nondiscriminatory conditions and with the agreed quality levels, also to comply with the requirements regarding national defense that may be required by any authorities, to respect customer rights in accordance with the applicable law, to guarantee the confidentiality of the messages and the secret of communications, to have free mechanisms for customer service , to allow the access and interconnection to other licensees, in nondiscriminatory conditions and to ensure the observance of the regulations and technical specifications regarding information and communication technology equipment.
According to this Regulation, licensees, must pay a fee in respect of control, supervision and verification, equivalent to 0.5% from the total incomes earned by the delivery of their services, net of taxes and charges levied on, and contribute with 1% from their total incomes earned by the delivery of TIC services, once duties and taxes are deducted, as an investment contribution to the -Fondo Fiduciario del Servicio Universal – Universal Service Trust Fund. 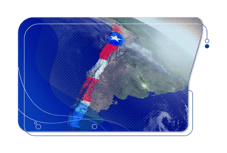 Lastly, in Chile,it is the obligation of the Ministry of Transport and Telecommunications, under the Telecommunications undersecretary “SUBTEL” to grant the licensees and concessions to operate the services within the territory. Among the duties of this undersecretary are to issue the telecommunication technical regulations and supervising that those ones be accomplished by the operators. Likewise, this entity grants protection to the consumers and users of the services. On the other hand, licensees must comply with the technical standards regulating their license o concession and comply with the service quality standards. Chilean law contemplates two ways of accessing to a concession, the first is the one obtained through an administrative procedure, in which a series of technical and economic commitments of business development is assumed, and the second one is through a tender.

If the infrastructure owned by the telecommunication service suppliers is tagged by SUBTEL as an emergency critical infrastructure, regulation demands that the company accomplish with a series of technical conditions related to the continuity of the service in case of any catastrophe. Duties are regulated within the Supreme Order No 60, April 4th 2012.

Duties mainly have to do with attending to the regular inspections of their facilities, keeping the power backup equipment with enough fuel and operational and on-line reporting to SUBTEL any interruption that may occur in the whole network.

Ready to Grow Your Business in Latin American?